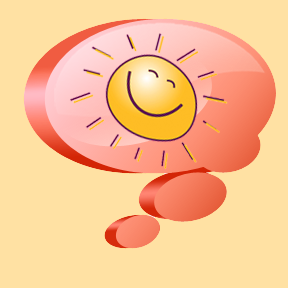 It has come to my attention that many who are acquainted with me are intrigued by the shift in me the past couple of years. My focus and confidence has deeply increased and I have been asked to potentially detail what has contributed to this.

The trouble is, there is not a single specific thing I can point to and state “That is what made the difference”.

It is a series of events as well as some attitude changes that has been in play in my consciousness that can be given credit for my new self awareness and growth.

However, that said, I do believe I can offer this as one of the tools that has been the most helpful for me: Writing

But not just any kind of writing… the right kind done regularly and for the right reasons.

Hence the title for this post. If you are to affect your mindset and really make changes in how you are from your core, you need to set up a nearly ritualistic practice in your writing. The importance of the attitude you have while writing, writing to reflect instead of reacting, is also an important part of the healing process.

In this I mean, that instead of being negative and chastising yourself for all the things you did wrong that day or week, remind yourself of all the wonderful things you did, saw and experienced. Remind yourself of the difference you made in someone’s life if you took the time to listen or how good the sun felt after this long winter or whatever positive you can find and reflect on this. Write about this! It is fine to reflect on what could have been done different but certainly not to dwell on it.

To my mind, keeping a regular journal has been what has created the largest impact for me. It should be noted here that journals are not the only kind of writing that can be effective nor that I myself have been 100% regular at all times with jotting my thoughts down. It is simply that those times I have put pen to paper regularly have been the times where I have found a way to express things otherwise seemingly inexpressible or fleeting. The more I did it the better I became at it and the better I felt.

Writing on a regular basis is not about grammar or spelling. It is about simply putting words on paper that you can maybe, but not necessarily, go back to review a little or a lot later. Personally I have found that this regular ritual of writing things down has actually improved my spelling and grammar skills in a very organic way. It was also one of the things that helped me write for the Mystic Bliss guidebook to accompany the Empowerment Card series. Being able to go back and read about what I was feeling at those times I could not hold my head as high and then reread some of those things I did to change those feelings helped me remember and aided me to frame the Suggested Practices segment of each card write up.

I will leave you with this thought: At first I would be writing about “the list”. You know… that long narrative about what you did or did not get done in your day if writing at the end of the day or making “the list” of what needs to be done during your day if putting pen to paper at the beginning of your day. That is still a valuable process and it is fine to do so however you will find that eventually you will be writing down more than just the list. During this time that “the list” is still the prominent bit that gets on paper, just remember to counteract any negative component of the list with something positive.

Here is an example:  Yesterday my list was fairly lengthy. I had intended to prepare many things for the upcoming week since it was a fairly open day for me as far as appointments went. However the time ran away from me in a variety of ways. The single appointment I had which I had planned to be about 30 minutes went over an hour and a half. When writing on that, I did not pick on myself and point that finger to my inner child saying “you wasted a whole lot of time”, instead I smiled and reflected on the lovely visit I had with someone who I think I can now count as a gentle new friend. Had the appointment been that scheduled 30 minutes only it would not have been the pleasant visit it became.